Sextortion and Blackmail – Act Fast and Shut It Down 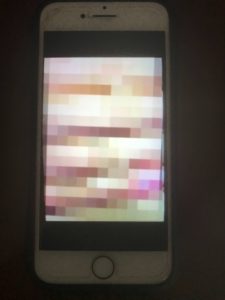 James Casbolt attempted to extort over £2m from his ex-wife and her family using explicit images of her, some of which he had digitally manipulated. Not happy with that, he also harassed other women with threats of violence and online links to pages about serial killers. Now he is in jail for 12 years, he probably wishes he had made some different life choices.

A recent and growing trend has emerged of sexual extortion. Otherwise known as sextortion. The proliferation of intimate selfies and the connection of media devices to the internet has offered attackers wide scope to find and then threaten victims.

How does it work?

In a number of ways. An attacker can install spyware on a victim’s computer or mobile device, turning on the camera and recording footage. Similarly, a victim can be tricked and inadvertently download malware through phishing, allowing an attacker access to all photo and video file content. It can happen through a computer or mobile device being stolen or lost – or even where recycled – which holds intimate content.

Miss Teen USA, Cassidy Wolf, was sent an email attaching naked photos of her in her own bedroom and demanding she “perform” for the sender. The sender was tracked down and found to have hacked into her computer and remotely access her webcam to obtain the photos without her knowledge, as he was found to have done with at least a dozen other women.

Another method we have seen is receiving a friend request on Facebook from a fictional person that “borrows” an image of a young and attractive model. Once connected, the attacker establishes intimate contact before quickly moving the relationship to a webcam connection such as through Skype. This now offers an ability to capture the victim in video and audio. Once an intimate act has been recorded, the attacker then immediately follows up with a demand for money and a threat to upload images to the internet and, more particularly, show them to the victim’s network of contacts if payment is not made.

It isn’t just limited to intimate images. We see threats to publish text and email messages that were intended to remain private and which the sender regrets not discarding before sending.

Griffin Law’ sources tell us that sophisticated gangs are increasingly behind attacks seeking money but anybody with any form of malicious intent can make threats to upload intimate or embarrassing data. We often find that their methods can indicate clues as to their whereabouts and identity.

What can be done to fight back?

Whilst you cannot expect immediate results from overworked and overwhelmed law enforcement agencies, you can take action for same day results through the civil courts. Griffin Law are experts in same day action including obtaining anonymised court proceedings and injunctions where the Court authorises us to serve the attacker and also the network host so that we can either prevent harm before it occurs or stop it in its tracks. We are also experienced at going after the attacker to both reveal their identity for criminal prosecution and for you to pursue a claim for compensation.