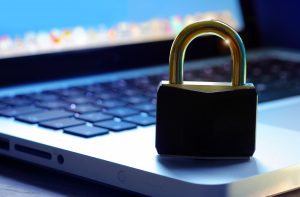 More and more crime is committed online. At Griffin Law we have a history of success, having brought relief to many clients through our understanding of digital technology and our willingness to engage with Big Tech.

In a world first, Griffin Law obtained the first ever injunction to be served via Twitter back in October 2009. Our client was being harassed online by an anonymous troll who had set up a fake Twitter account in his name. We revealed the troll from their computer IP address and tracked them down to make the harassment stop for good.

Acting for a UK Member of Parliament, Griffin Law unmasked an 18-year-old internet troll, campaigning for another political party, who had waged a months-long campaign of online harassment against the MP. Hiding behind anonymity, the harasser was served with a Court order requiring him, on pain of contempt, to stop harassing our client and to reveal his identity. While he did the first, he did not do the second. He was in contempt of court. We therefore unmasked who was behind his IP address and his parents paid our client’s legal costs in full.

Protestors against a despotic African regime waged a series of online attacks against our client, a respected lobbyist who had never lobbied for that regime. Using only those activists’ mobile phone numbers, Griffin Law obtained emergency anti-harassment injunctions, over the Christmas period, against the protestors requiring them to stop harassing our client and his young family – who had fled abroad as they were so fearful for their safety.

Griffin Law obtained emergency injunctions on a Sunday morning from the High Court, to be served via Facebook, when threats were made on the social media platform that people were coming to pay a visit to the home of clients fearful for their safety as a result of online abuse. Those Facebook accounts making the threats had also circulated the victim’s name and location, together with a long list of false allegations against him, to a Facebook group connected to the armed forces in an attempt to incite mob violence. We unmasked the IP address of those who had repeatedly accessed the Facebook accounts used to harass our clients and we worked with the police to prepare evidence of criminal harassment. Because of our work in obtaining, serving and monitoring the injunction, should the police have lost interest and dropped the case, the clients would not have been left stranded and exposed to more abuse. Griffin Law was able and ready to seek the harasser’s committal to prison for contempt of court with evidence gathered of breach of the injunction.

Google – doesn’t always have the answer for everything

Acting for a client driven to the brink of suicide by anxiety over the theft of a mobile phone with intimate private photographs, Griffin Law obtained injunctions against torrent sites in Sweden, Romania and the United States that had colluded to upload those private photographs to the internet. Google initially refused to change its search results but eventually agreed to do so. In these anonymised proceedings, our client successfully had the photographs taken offline, Google’s search results were changed so that they did not link our client’s name to any torrent sites. Their privacy was restored and protected.

Online Harassment – an inside job

A financial affairs business was enduring a concerted campaign to destroy its reputation online. The owners were threatened online with violence in their own homes. The police were reluctant to pursue the matter. Griffin Law identified the harasser’s digital footprint and tracked down their IP address to unmask them as a former employee. The former employee claimed that remote access to his office terminal meant the harassing emails had been sent by someone in Ghana whose name he had forgotten. Griffin Law used forensic digital techniques to reveal that access to the email address used to harass our client was, in fact, from the former employee’s home address and when presented with this proof he had no choice but to capitulate.

In 2013, Griffin Law acted on behalf of a model who suffered stalking and harassment at the hands of an ex-boyfriend. Not only did the male in question cause her physical injuries, but post break-up he embarked on a campaign of harassment via digital messaging, turning up at her house repeatedly and posting pictures of her on social media. It intensified when she accepted a job to work on an adult TV channel. Griffin Law successfully obtained an anti-harassment injunction for the client. The injunction prevented the ex-boyfriend from contacting, or encouraging others to contact, her and her family.

Griffin Law acted for a client so afraid she would lock herself in her bedroom in fear of her ex-boyfriend. He refused to leave the property that they shared and persistently made abusive, threatening and sexually inappropriate comments towards her. She became a victim in her own home. He also bombarded her private and work email addresses in addition to her social media accounts causing further distress. Most of the correspondence was not in English. Griffin Law organized their translation – enabling them to be successfully used in evidence – and as a result, obtained an urgent injunction restraining all further harassment. The abuser was removed from the shared property, was made to give a public apology and pay our clients legal costs.

Griffin Law is a niche litigation firm of innovative, proactive, tenacious and commercially-minded lawyers who guarantee to share the risk of litigation with every client. As the cases above suggest, we deal with all manner of digital crime and advise on multi-jurisdiction cyber security and data protection. We deal solely with litigation cases and our expertise has been recognised by our peers and the media in the form of awards and testimonials.

Griffin Law prides itself on providing innovative, cost-effective legal advice to individuals and businesses.  This includes (but is not limited to) discussing funding options that may be available to them, and how we can help achieve an optimal end-result for our clients. Contact us here justice@griffin.law

Donal is the owner and managing director of Griffin Law. His particular specialisms as a litigator are in respect of complex financial disputes with an international dimension, trust and tax disputes and asset tracing. Donal prides himself, and his firm, on being proactive, innovative, tenacious and commercially-minded. He is the kind of lawyer you want on your side, not against you.