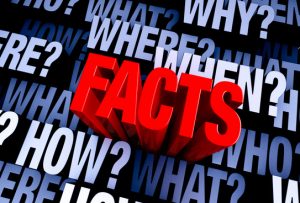 As the dust settles on the BHS debacle and the actions of Sir Philip Green are investigated more closely, little consideration has been given to what actually happened.

BHS was determined as insolvent in April 2016. It was announced that it owed £1.3 billion in debts (£571,000,000 of which were pension liabilities.) Administrators were appointed to look after the company and eventually. In June 2016, Liquidation ensued after rescue plans were unsuccessful.

But what is the difference between Liquidation and Administration? There are different versions of liquidation; compulsory and voluntary, in addition to the notions of pre – pack administrations and CVA’s.

Administration is a form of company rescue that effectively provides the company the opportunity to trade through the problems and liquidate assets. The administration ensures a moratorium to stop legal proceedings being instituted against the company. Unfortunately for BHS, the level of liabilities were far too great and the company could not prevent liquidation.

A pre – pack administration enables continuity of the business. An administrator sells the assets and the business to a new company. This is a divisive process and many creditors view it as a way of dumping debts.

Liquidation is effectively the process that allows a company to die. The assets are sold off and the company’s business activities are brought to an end. This process also allows the company to finalise any causes of action, (this includes actions against company directors for misfeasance), that it may have accrued during its life. Any recoveries that are made are then paid out to creditors as a dividend on the basis of their proven debt. The other thing to note is that liquidation is the time when reports detailing the delinquency of directors are made to the Department of Business Innovation and Skill and activities of fraud are most often reported.

In summary, administration protects the company and allows it to carry on until the end such that it is all that remains. The liquidation of a company is the end of that company. It is the dissection of the company assets and the payment of creditors so that it can then be dissolved.

Griffin Law can help to protect your business. To discuss how the experts in this area can help you, please contact justice@griffinlaw.co.uk or use our contact form to send us a message.