Joint Creditors must both petition for bankruptcy 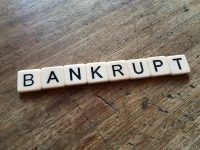 The number of people who became insolvent jumped by 9.4% in 2017 – the second year running that figures rose.[1] This is a reminder of how fragile finances can be and lends us to share some feedback on what to avoid if you are owed money and find yourself in pursuit of a debt an individual cannot or will not pay. The first of the series focuses on bankruptcy petitions, following on from a recently reported case.   Bankruptcy Petitions and the complication of Joint Petitioning Creditors…. A common solution to recovering debt from an insolvent individual is to petition for debtor’s bankruptcy. If you have considered/are considering enforcing recovery of a debt by means of a bankruptcy petition or advise clients on recovering money owed in that manner; the Aabar Block S.a.r.l and another -v- Maud [2018] EWHC 1414 case highlights a particular, potential complication worth noting. This is a classic case of two parties wanting the same result ie. Payment of a debt due and owed to them, but with a different strategy in relation to achieving it, and with costly consequences. Whilst, it is unusual for a bankruptcy petition to be presented against a debtor by more than one creditor, in this case, Glenn Maud was pursued by both Aabar Block S.A.R.L and Edgeworth CAPITAL. Where, as in Maud, a bankruptcy petition is presented by joint creditors, they jointly own the debt and therefore must both agree on how the petition is to be dealt with. A short summary of the case The court was not satisfied that Aabar Block S.A.R.L and Edgeworth CAPITAL’s interests would be best served by making Mr Maud bankrupt immediately. The court ruled that, as the petitioners were joint owners of the debt owed by Mr Maud, neither was entitled to demand that a bankruptcy order be made independently of the other. If both petitioners were not in agreement that a bankruptcy order should be made, the Court would not make one. In this case, one of the petitioners wanted a bankruptcy order but the other wanted the petition to be adjourned in the hope it would afford the debtor an opportunity to repay the debt in the meantime. The position might have been different if Aabar Block, who was seeking the bankruptcy order, had been able to show that its co-petitioner was acting in breach of its duty as trustee of the jointly owned debt. However, that was not the case and the court found that mere disagreement between Aabar Block and their co-petitioner as to how their powers should be exercised did not entitle the court to intervene. The moral of the story Whilst petitioning as joint creditors may have been the best strategy in the Aabar case at the beginning, it has caused substantial complication further down the line. If you are looking to recover a jointly owned debt by means of a bankruptcy petition, consider whether a joint petition is wise and what alternatives you have. The novel part of the judgment in Aabar, namely the conduct of a bankruptcy petition by joint creditors, appears to apply equally to winding up petitions (although the court did not expressly refer to winding up in this context). We will cover this in our next article. [1] The BBC 26th January 2018 https://www.bbc.co.uk/news/business-42831525 Griffin Law is a dispute resolution firm comprising innovative, proactive, tenacious and commercially-minded lawyers. We pride ourselves on our close client relationships, which are uniquely enhanced by our transparent fee guarantee and a commitment to share the risks of litigation.  If you have any specific questions regarding a dispute, please email  justice@griffin.law or call 01732 52 59 23.

About the Author: Mark Fleet

Mark is a litigator who specialises in property disputes with a particular bias towards residential premises. Over the years he has acted for mortgage lenders and borrowers as well as landlords and tenants. He also has a wealth of experience in relation to general dispute resolution matters such as debt recovery and contract disputes. In addition, Mark has a comprehensive knowledge of the various forms of enforcement action available to clients, including insolvency proceedings.