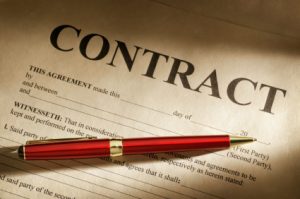 Restrictive covenants in general are unenforceable on the grounds of public policy as they represent an unlawful restraint of trade. However when they are incorporated into an agreed formal contract which has provided for proper consideration, it is likely the court will enforce them as long as they are reasonable and in place to protect legitimate business interests. Different covenants protect different things; there are non – compete clauses, non – solicitation clauses and non – poaching clauses. Clauses which stop the solicitation of clients and the poaching of staff are generally recognised as protecting legitimate business interests. However clauses restricting an individual from working in their chosen profession are by far the hardest to enforce. Instead what many employers will now try and do is rely upon other contractual clauses such as a confidentiality clause as a way of restricting the employee from either joining a competing company or disseminating confidential information that they may or may not have. Should a senior manager or director look to compete before the end of their contract, they would be in breach of the fiduciary duties they owe to the employer. This is an equitable claim meaning that there is not a requirement for a contractual clause. As the clauses are contractual in nature, an employee may seek to rely upon a previous breach of contract by the employer as a way out of the restrictions. They will also plead that the length and/or breadth of the restriction is unfair. Undertakings are very often agreed or offered which allow both parties to keep the dispute away from the court. In reality the employees become embroiled in a dispute between two commercial entities (the previous and new employer) which will involve numerous interim hearings and become very expensive, as such all parties would be advised to think hard about the commercial reality before litigating and instead consider dispute resolution.