Rockinghorse is a Brighton-based charity that has been supporting children in Sussex for over 50 years and is the official fundraising arm of the Royal Alexandra Children’s Hospital in Brighton.

They are now raising funds for:

James’ friend’s son, Daniel (13), was diagnosed with ALL Leukaemia which had entered his central nervous system which meant his body was shutting down. He was wrongly diagnosed with Bell’s Palsy and was given strong antibiotics which attacks the leukaemia causing significant internal bleeding to the lungs leading him to cardiac arrest and his heart failing.

Fortunately, Daniel was at the hospital and was revived. He is still undergoing treatment for his leukaemia and, whilst he’s lost his hair, is in good spirits and treatment is having a positive effect.

Nicola’s Dad unfortunately suffers from Parkinsons. Her nomination is to support the charity in their bid to fund research to find a cure and to change attitudes to the disease. 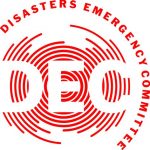 Following Neil’s suggestion of supporting a charity/cause to help those suffering the impact of the war in Ukraine, the Foundation also made the decision to donate £5,000 to the Ukraine Humanitarian Appeal, set up by Disaster Emergency Committee.

The DEC brings together 15 leading UK aid charities to raise funds quickly and efficiently at times of crisis overseas. In these times of crisis, people in life-and-death situations need our help and the DEC’s mission is to save, protect and rebuild lives through effective humanitarian response.

Pooling its resources to work as one, it is pivotal in co-ordinating the UK public’s response to overseas disasters. In collaboration with its Rapid Response Network of national media and corporate partners, it raises the alarm to the UK public and sets up easy ways to donate.

It has immediate impact, getting aid to people who need it, fast.

If you would like to nominate a charity for a Griffin Law Charitable Foundation donation, please download our due diligence form. The trustees will then review your submission at the next monthly meeting.

The next Foundation meeting is scheduled for Monday, 18th July. Please submit your nominated charities/causes 1pm on Friday 15th July. If you are approved for funding, the Foundation’s secretary will be in touch regarding the next steps.
By Griffin Law|2022-06-27T16:27:27+01:00June 27th, 2022|Griffin Law News and Events|Comments Off on Griffin Foundation – May 2022 – Gift-Giving Awards

About the Author: Griffin Law