The Lugano Convention – What it is, and why it matters.

While the majority of news regarding ‘Brexit negotiations’ has evaporated since the end of the transition period, a major step in the UK’s post-Brexit relations with the EU is currently being considered by EU institutions and the Member States. This is the Lugano Convention, and whether or not the UK should be allowed to join. 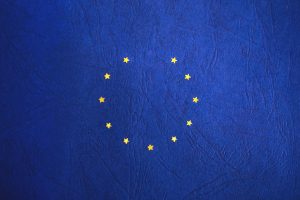 The Lugano Convention is a crucial instrument in cross-border civil and commercial disputes. It was signed in 2007 between the EU and the member states of the European Free Trade Association (EFTA); Norway, Iceland, Switzerland and Liechtenstein. Its purpose is to provide clarification over which national courts have jurisdiction in matters brought before them, and also ensure judgements awarded in national courts can be enforced across borders between the EU and EFTA. For example, a Norwegian claim could be heard in an Italian court, and the judgement produced could be enforced in Switzerland. In the age of cross-border trade, these agreements are vital to ensuring smooth enforcement of judgements across countries, and preventing legal costs from needlessly inflating. For the UK, the Lugano Convention was of limited importance before Brexit. As a member of the EU, matters of enforcement and jurisdiction in civil disputes around EU Member States were covered by the Brussels Regime, which has existed since 1986, and is currently governed by the Recast Brussels Regulation. However, as this Regulation only applies to EU Member States, it ceased to operate for the UK as of the end of the transition period. Consequently, the UK applied to join the Lugano Convention; ascending to the Convention would provide the UK with a pre-existing set of rules for cross-border jurisdiction and enforcement, ensuring a smooth transition for cross-border civil justice in a post-Brexit Britain. However, the UK’s ascension to Lugano has hit a roadblock. In a recent ruling, the European Commission has formally rejected the UK’s application to join the Convention, declaring it is ‘not in a position to give its consent to invite the United Kingdom to accede.’ The Commission claims that the UK, as a third party, should go through the Hague Convention for matters of jurisdiction, as the Lugano Convention is only for EU and EFTA countries, of which the UK is neither. For matters of enforcement, the national courts of each country will have to decide whether a claim can be enforced. While the final decision rests with the Member States, the Commission has previously advised the Member States to block the UK’s application to the Lugano Convention. The Commission’s recommendation is ultimately non-binding, and the final decision will be up to the Member States, requiring unanimous agreement. The EFTA states already support the UK’s ascension, and there are indicators that many Member States support the UK’s ascension. However, the final decision will depend upon whether the Member States are willing to go against the Commission’s recommendation, meaning for the moment, the UK’s civil justice future within Europe is particularly murky. As matters currently stand, no proposal has been made by the Commission in regards to a vote being taken on the matter, with fears from some that the UK will be excluded from the Convention via inaction, rather than an active decision by the Member States. The effect of the UK being refused entry into the Lugano Convention will be significant. It will mean parties will be unable to secure a judgement in their own country which could then be enforced in another. They will instead have to commence proceedings in the country in which they wish a judgement be enforced, and depending on the laws of that country, perform the process all over again. This will greatly increase the complexity and costs of cross border disputes. In particular, it will impact most prominently small-to-medium businesses and consumers, who may not have the resources to sustain multiple proceedings in different countries, as well as families separated across different European countries.

Griffin Law is a dispute resolution firm comprising innovative, proactive, tenacious and commercially-minded lawyers. We pride ourselves on our close client relationships, which are uniquely enhanced by our transparent fee guarantee and a commitment to share the risks of litigation.  If you have any specific questions regarding a dispute, please email  justice@griffin.law or call 01732 52 59 23.

Nothing in this document constitutes any form of legal advice upon which any person can place any form of reliance of any kind whatsoever. We expressly disclaim, and you hereby irrevocably agree to waive, all or any liability of any kind whatsoever, whether in contract, tort or otherwise, to you or any other person who may read or otherwise come to learn of anything covered or referred to in this document. In the event that you wish to take any action in connection with the subject matter of this document, you should obtain legal advice before doing so. © Griffin Law Limited, 2020. All rights reserved.

About the Author: Jack Stevens

ack read history at Royal Holloway (2016) and completed a Masters in World History at King’s College London (2017), before completing the GDL (2019) and LPC (2020) at BPP Law School in Cambridge, specializing in acquisitions, commercial litigation and employment. Jack joined Griffin Law in April 2021. Outside of law, Jack enjoys being involved in theatre productions, keeping fit, and reading a wide variety of fiction and non-fiction books, often with a historical or political angle.