On 22 February 2022, the family court reversed a divorce that had been issued 12 years prior as the wife was unaware it had happened.

The husband had since remarried.

The family court, following an eight-day fact-finding hearing and considering the accounts of nine different witnesses, found in favour of the wife and set the Decree Absolute aside.

(The below was the applicable law at the time this case was heard. As of 6 April 2022, the law has changed. Please see the changes in our article here.)

In order to obtain a divorce in England and Wales, the party applying for the divorce (known as “the petitioning party”) needs to be able to demonstrate that the parties have been married for at least one year and the marriage has irrevocably broken down. Prior to 6 April 2022, the latter could only be established by proving one of five grounds. Those were: adultery, unreasonable behaviour, separation for two years and consent by the other party, separation for five years or that the other party has deserted the petitioning party.

The petitioning party was required to file a divorce petition with the court to outline which ground it intends to rely upon (amongst other things) and the relevant details relating to the same.

If satisfied that the conditions of a divorce are met, the court would then issue a “Decree Nisi”. This certificated that the parties were entitled to apply for a Decree Absolute and finalise the divorce between the parties.

In this case, the husband petitioned for divorce on 22 January 2010 on the grounds of Mrs Randhawa’s unreasonable behaviour.

He claimed that the parties had agreed to divorce in secret due to cultural reasons and to avoid embarrassing their children. The petition (which was not completed by a solicitor) incorrectly stated that the parties lived apart and the husband had left the matrimonial home in 2009.

The acknowledgement of service was signed, filed and the husband subsequently applied for and obtained a Decree Absolute.

The wife claims that she was wholly unaware that she was divorced and the first she heard of it was in December 2019 when she applied to the court for judicial separation.

“…is a man who would take any necessary steps to achieve his ends and where such steps fall foul of the law or morality, he seeks to deny his conduct unless faced with no other option but to admit the same.”

The court concluded that the signature on the acknowledgement of service was forged on or on behalf of the husband.

The divorce was set aside. 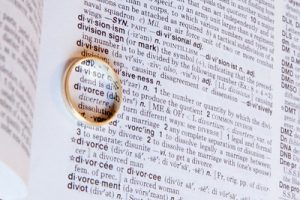 It transpires that at the time of filing the petition, the husband was in a relationship with a Ms Kaur and she was pregnant.

On 1 September 2010, he and Ms Kaur had a son named Manpreet (the same name of the second child of Mr and Mrs Randhawa, who tragically died at 14 years old). Mrs Randhawa was not aware at the time of Manpreet’s birth or that Mr Randhawa was in a relationship. According to Mrs Randhawa, Mr Randhawa only left the matrimonial home in March 2011 (eleven months after the divorce had been finalised).

The court found that Mr Randhawa had fraudulently obtained the divorce from Mrs Randhawa. Which means when he married Ms Kaur in 2011, Mr Randhawa done so knowing that his divorce was invalid (or at least that his first wife was unaware it had happened). If the marriage between Mr Randhawa and Ms Kaur took place in England and Wales and is recognised under the laws of the same, Mr Randhawa may well be guilty of bigamy, the offence of having more than one spouse. The offence carries with it a sentence of up to 7 years imprisonment. There was no mention of Bigamy or the fact that Mr Randhawa now has two spouses in the judgment.

We always suggest that a client instructs a solicitor when considering divorcing their spouse – the procedure may seem simple but can be unravelled as a result of a procedural irregularity or, in this case, fraud.

Griffin Law is a dispute resolution firm comprising innovative, proactive, tenacious and commercially-minded lawyers. We pride ourselves on our close client relationships, which are uniquely enhanced by our transparent fee guarantee and a commitment to share the risks of litigation. If you have any specific questions regarding a dispute, please email justice@griffin.law or call 01732 52 59 23.

Nothing in this document constitutes any form of legal advice upon which any person can place any form of reliance of any kind whatsoever. We expressly disclaim, and you hereby irrevocably agree to waive, all or any liability of any kind whatsoever, whether in contract, tort or otherwise, to you or any other person who may read or otherwise come to learn of anything covered or referred to in this document. In the event that you wish to take any action in connection with the subject matter of this document, you should obtain legal advice before doing so.

About the Author: Keeley Parry

Keeley has been working in our dispute resolution team during her training contract and qualified in October 2018. Keeley is particularly skilled at dealing with detailed matters having dealt with matrimonial, defamation and commercial matters since starting at our firm. Keeley graduated from the University of Kent in 2013 with a 2:1 Law Degree then went travelling to America, Fiji, New Zealand, Australia and Thailand before coming back to complete her Legal Practice Course with BPP University graduating with a distinction in 2015. Keeley is currently our unofficial IT go-to at Griffin Law and is the creator of our Vlogs. She has also completed her Masters in Legal Practice with a focus on matrimonial and commercial law attaining a distinction. In her spare time, Keeley enjoys mountain biking and spending time with family and friends.