A McKenzie friend can now be your Advocate too! 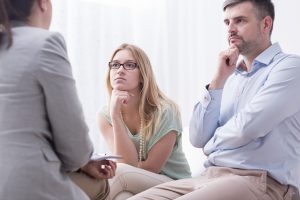 With the growing number of Litigants in Person (LiP), the role of a McKenzie Friend has become more prominent of late, as has the need for clarification as to their role.

Helpful guidance is available in the form of the Law Society’s guide to Litigants in person for Lawyers and Bar Council’s guide on representing yourself, however, Chief Master Marsh recently provided further clarification in respect of the potential role of a McKenzie Friend as an advocate in the case of Ravenscroft v Canal & River Trust [2016] EWHC.

The usual role of a McKenzie friend is to assist a LiP with note taking, helping with papers and moral support etc. They are not conventionally to address the court with verbal submissions or act as an agent/representative of the LiP. This is not however an absolute rule and the above case sees the use of the rare power of the court authorising a ‘right of audience’ to a McKenzie friend.

Despite opposition from the other party, the Chief Master authorised the right for a specific McKenzie friend to act as it was decided that to do so would be of benefit to the proceedings. This right was however understood to be caveated with the clear point that if it was felt that such was being abused then this authority could be withdrawn.

Although specific to its circumstances, this appears now to show that if it benefits the proceedings and parties, the court will allow a McKenzie friend to act for a LiP, thus almost reversing their respective roles at a hearing, being the LiP taking notes and McKenzie friend advocating.

If you require further information in respect of being a Litigant in Person or a McKenzie Friend, or wish to seek legal advice of any kind, Griffin Law would be happy to assist you. Contact us via email or on 01732 525923

About the Author: Simon Beasley