Football and Social Networks. The Minefield. 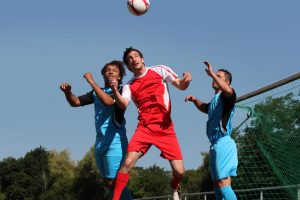