Johnny Depp vs. The Sun- The Legal Issues Surrounding Defamation 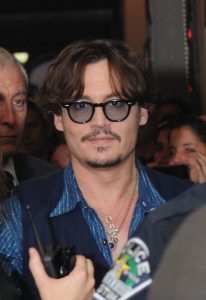 Image: “Johnny Depp” by divasss is licensed under CC BY-SA 2.0

Hollywood actor Johnny Depp is currently in the middle of a three-week trial in the High Court following his libel claim against News Group Newspapers, the publisher of The Sun, and Dan Wootton, The Sun’s Executive Editor. An article was published by the newspaper in April 2018 under the headline “GONE POTTY – How can JK Rowling be ‘genuinely happy’ casting wife beater Johnny Depp in the new Fantastic Beasts film?”. The use of the term ‘wife beater’ is claimed by Mr Depp to be untrue and defamatory. The defendants rely on the defence of truth in respect of 14 accounts of alleged domestic abuse that his ex-wife Amber Heard claims to have suffered. It has been publicly stated that shortly after the couple’s split in 2016, Ms Heard obtained a restraining order against Mr Depp claiming he was “emotionally and physically abusive”. They are relying upon text messages and emails between the pair, with both parties also relying on photographs of physical harm they claim to have suffered from each other. Mr Depp has maintained that he has not brought his claim for monetary purposes but that he simply wishes to clear his name and prove that he is not a “wife beater” as published. Should Johnny Depp succeed in proving the allegation to be untrue then defamation law requires that he also prove that he has suffered serious harm to his reputation in accordance with s.1 Defamation Act 2013. A Supreme Court decision reached in the case of Lachaux v Independent Print Limited in 2019 qualified that ‘serious harm’  must be “determined by reference to the actual facts about its impact and not just the meaning of the words”. Mr Depp’s lawyers argue that the article clearly sought to cause Mr Depp reputational damage and the loss of a major film role and further argue that “If these articles do not satisfy the s.1 threshold then almost nothing which The Sun publishes would do so – it would be a licence to defame”. He also claims to have lost other film roles as a result of the damage to his reputation. Defamation law requires that it is the defendants in this case that must prove that the allegations are true in order to prove that the articles complained of were not defamatory. If Johnny Depp succeeds there is a chance that damages will be substantial, although rarely do they exceed £300,000 in England and Wales. It is likely that each party’s legal fees however will exceed £1 million. He may also be entitled to aggravated damages. On the other hand, should Mr Depp lose he will likely face a huge costs order and his reputation may suffer further as a result. This raises many issues with defamation law in that many people who suffer reputational damage are put off by facing, sometimes, large corporations with “deeper pockets” or otherwise do not have the funds to be able to fight to repair their reputation. However, it is often these people that suffer the most. At Griffin Law we have experience in successfully resolving cases of libel and slander, including working on numerous cases with Mr Depp’s junior Counsel, and we are happy to discuss your options in the event that you have suffered serious harm as a result of damage to your reputation. Griffin Law is a dispute resolution firm comprising innovative, proactive, tenacious and commercially-minded lawyers. We pride ourselves on our close client relationships, which are uniquely enhanced by our transparent fee guarantee and a commitment to share the risks of litigation.  If you have any specific questions regarding a dispute, please email  justice@griffin.law or call 01732 52 59 23.

© Griffin Law Limited, 2022. All rights reserved. Nothing in this document constitutes any form of legal advice upon which any person can place any form of reliance of any kind whatsoever. We expressly disclaim, and you hereby irrevocably agree to waive, all or any liability of any kind whatsoever, whether in contract, tort or otherwise, to you or any other person who may read or otherwise come to learn of anything covered or referred to in this document. In the event that you wish to take any action in connection with the subject matter of this document, you should obtain legal advice before doing so.
By Laura Ware|2022-02-15T21:46:06+00:00July 21st, 2020|Brand and Reputation Protection, Litigation|Comments Off on Johnny Depp vs. The Sun- The Legal Issues Surrounding Defamation