An increase in online “trolling” and the use of social media and blogs as a means of providing instant opinions and complaints has led to the courts over recent years having to constantly review the interpretation of the Defamation Act 2013.

In simple terms, a statement is considered to be defamatory if it causes, or is likely to cause, serious harm to the reputation of the claimant. We have examined recent case law to provide guidance on defamation claims across Twitter, Facebook and blogs which are increasingly common platforms in which individuals (and companies) are seeing damage being caused to their reputation.

In the case of James v Saunders [2019] EWHC 3265 (QB), the claimant worked for Sandwell Metropolitan Borough Council and was an active member of the Labour party. In a series of one tweet and four blog posts from January to August 2018, the defendant repeatedly referred to the claimant as a “bully” and an “evil wench”. A blog post by the defendant also stated:

“Labour Sandwell Council mysteriously gave then a council house thanks to the direct intervention of Councillor X (a very close associate of Tom Watson MP.) Certainly SMBC are shown as the owner of the house at HM Land Registry! Hope with all their money they weren’t on the waiting list too long!” 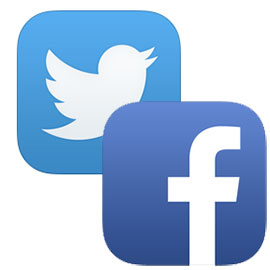 In the case of Stocker v Stocker involving ex-spouses, Ms Stocker posted on Facebook to Mr Stocker’s new partner that he had “tried to strangle me” in an incident that had allegedly taken place in 2003. Mr Stocker argued that by using the word “strangle”, Ms Stocker had implied that he had tried to kill her; something that Ms Stocker denied she intended to mean.

The case proceeded to the Supreme Court where the court noted that Facebook users do not apply close analysis to the meaning of individual words. The ordinary user of Facebook does not “pause and reflect”  and their “reaction to the post is impressionistic and fleeting”. The ordinary user would have assumed force was applied to her neck but not that there was intent to kill her. The court questioned the fact that had she intended to mean that he had tried to kill her, presumably she would have said so directly.

The Court’s approach to defamation claims in recent years with the increased use of social media has therefore been to analyse the new “ordinary reader” and assess how their interpretation of social media posts, which is often quick and “at a glance” differs from the reader of a book or perhaps a broadsheet newspaper article, which will be considered in more depth and therefore assumed that the reader will allow more time to analyse the meaning of the words.

Griffin Law is a niche firm of innovative, proactive, tenacious and commercially-minded lawyers. We pride ourselves on our close client relationships, which are uniquely enhanced by our transparent fee guarantee and a commitment to share the risks of litigation.  If you have any specific questions regarding defamation claims, please email  justice@griffin.law or call 01732 52 59 23.

Nothing in this document constitutes any form of legal advice upon which any person can place any form of reliance of any kind whatsoever. We expressly disclaim, and you hereby irrevocably agree to waive, all or any liability of any kind whatsoever, whether in contract, tort or otherwise, to you or any other person who may read or otherwise come to learn of anything covered or referred to in this document. In the event that you wish to take any action in connection with the subject matter of this document, you should obtain legal advice before doing so.