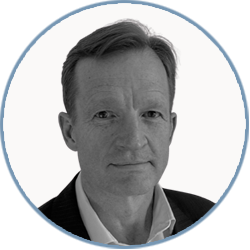 Professor Andrew MacLeod’s diverse portfolio career covers for profit, not for profit, military, and academia sectors. He is CEO and Chair of Griffin Law and a Non-Executive Director on multiple companies in the UK, Middle East and Australia. Andrew is a qualified Mediator and offers this service through Griffin Law.

Andrew is a visiting Professor at Kings College London, a Council Member at Keele University and a Vice Chancellor’s Distinguished Fellow at Deakin University. He is also co-founder of the anti-child-abuse charity Hear Their Cries.

A leading communicator, MacLeod is effective on major TV networks globally, including BBC World and CNN. He is a master public speaker and Executive Coach.

His previous humanitarian work included deployments to Rwanda and former Yugoslavia for the International Committee of the Red Cross, and multiple deployments for the UN including Chief of Operations of the UN’s Emergency Coordination Centre in Pakistan. Early on, he served as an officer in the Australian Army including periods attached to the British Army.

Andrew was also a world-class swimmer having won a silver medal for the 200 meters Butterfly at the 2002 World Masters Games. He regularly volunteered to help national swimming teams in developing countries.

Back to Our People
Page load link
Go to Top