It seems people were really interested in this! There has been a great deal of interest since the press release below was released to the media. Many newspapers and financial magazines have reacted to the shocking the number of phishing and smishing scams inflicted on the British public. International Investment, Info Security, Verdict, Money Age and the FT Advisor have all published a version of the findings.

LONDON, 3rd March 2020: Fraudsters have targeted UK taxpayers with a total of 1,524,449 fake emails, calls and text messages purporting to be from Her Majesty’s Revenue and Customs (HMRC) over the last two years, according to official figures.

The data, collated by litigation specialists Griffin Law, reveals the staggering number of suspected fake correspondence reported to HMRC’s official complaints email for phishing scams – phishing@hmrc.gov.uk – by members of the public in 2019 and 2018. 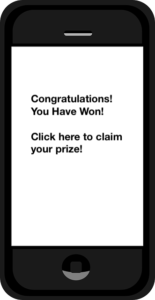 This suggests that either taxpayers are becoming more aware of threat of email scams, email filtration systems and cyber defence software have improved, or that cyber criminals have spotted a trend of success in phone scams.

Phishing scams involve the fraudulent practice of sending emails purporting to be from reputable companies in order to induce individuals to reveal personal information, such as passwords and credit card numbers. This is somewhat concerning for the millions of taxpayers across the UK, some of whom will be, or already have been, victims of fraud.

The data showed that fake correspondence from HMRC affects all areas of the country.

In Wakefield, citizens were recently alerted by West Yorkshire Police and Action Fraud after multiple reports of a scam involving a recorded telephone message claiming to be from HMRC, and demanding private information under threat of arrest.

In East Lothian, citizens were recently alerted by HMRC after multiple reports of a scam involving a recorded telephone message claiming to be from HMRC, and demanding private information under threat of arrest.

Students particularly have been the target of scammers who claim to be from HMRC with fake offers of tax refunds. As a result, HMRC recently issued a warning to the public. Heavily targeted Universities include Cambridge, Heriot Watt, Edinburgh, Aberdeen, St Andrews, Plymouth and Wolverhampton.

“No reputable organisation will ask for your private account details or tell you to click through on a link and supply personal data or passwords. Learn to spot the fraudsters. Many are very good, but quick clues such as spelling mistakes and grammatical errors in the text, or if it is sent from an obscure looking email address, may indicate that you are being scammed. We need to find these criminals and punish them severely for the distress they cause by preying on the vulnerable, or those caught off-guard.”

If you’re worried about smishing, here are some more tips from Griffin Law:

Griffin Law is a niche firm of innovative, proactive, tenacious and commercially-minded lawyers who guarantee to share the risk of litigation with every client. We deal with all manner of digital crime and advise on multi-jurisdiction cyber security and data protection.

Griffin Law also prides itself on providing innovative, cost-effective legal advice to individuals and businesses. This includes (but is not limited to) discussing funding options that may be available. Contact us at justice@griffin.law or call 01732 52 59 23.