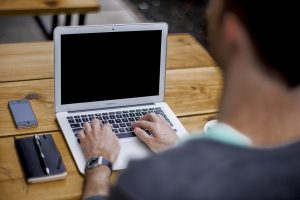 Berlin’s Court of Appeal recently ruled that the parents of their 15 year old daughter, who died after falling in front of an underground train, had no right or entitlement to access their daughter’s Facebook details or information contained therein.

Facebook has sought to rely on data protection legislation to protect the identity of those third parties/other users that the deceased had conversations/exchanges with.  Facebook argues that these conversations, despite being on ‘social’ media, would have taken place under the remit of them being private.

The General Data Protection Regulation (GDPR) is surely now more than ever overdue.  The GDPR became law in 2016 giving EU member states a 2 year period to implement into national law. We can expect to see its implementation in the United Kingdom from 25 May 2018.

The purpose of the GDPR is to give individuals better control over their personal data. Personal data is defined as information relating to a natural person which will include individual information as well as online identifiers i.e. IP address and cookies.

Although the GDPR can work in favour of the third parties to which “chats” or conversations were instigated with, the GDPR will surely need to apply to information relating to that of a deceased minor’s data and therefore its availability to their parents/next of kin.

The evolving landscape of data protection within the EU will no doubt put into question the decision that the Berlin Court of Appeal has made in this instance.

It should be considered that the original ruling in Berlin found in favour of the late daughter’s parents.  It determined that the account be owned by her heirs just as any letters or a diary kept by the daughter – which would automatically pass to her heirs. Facebook appealed this decision which is why we now have the Court of Appeal ruling in favour of Facebook.

A statement was published in German to the media by Facebook which read:

It is evident from the legal process in this case alone that a person’s digital footprint including all communications made via social media have not been considered when dealing with death and therefore inheritance of the same.

If you find yourself a victim of cyber bullying or in unfortunate circumstances similar to those described in the case referenced herein, we can help you.  We have successfully obtained ground-breaking injunctions which we continue to build upon.  We can help to stop bullying, obtain information that is vital to a potential claim or claim of this context. Contact our team today to speak to experts in the fields of defamation, privacy, GDPR, bullying and harassment.  We are here to help you.

About the Author: Narinder Hothi

Narinder qualified as a solicitor in 2014, with a degree in Law from Birmingham City University. Before Griffin Law, Narinder practiced in a range of practice areas including commercial, property and litigation with London City Firms. She is a litigator who specialises in professional negligence, breach of contract and contentious probate.